The Baie de Somme, a source of inspiration for contemporary artists…

Alfred Manessier
Alfred Manessier, who, with Jean Baziane and Jean Le Moal among others, was one of the masters of the New School of Paris from 1941 onwards.

Jules Vernes inspired by the Picardie Coast
Jules Vernes had an intimate relationship with the Baie de Somme and the port of Le Crotoy. This relationship can be found in “L’Ile mystérieuse”. Indeed, the description of Lincoln Island corresponds to the Picardie coast. The Baie de l’Union is a carbon copy of the Baie de Somme. Granite-House, the home of the shipwrecked, corresponds to the location of Le Crotoy.

It was during his sea trips from Le Crotoy that the writer developed his extraordinary novel Twenty Thousand Leagues Under the Sea. He wrote it in his villa, on his boat or on the beach.

Colette in Le Crotoy
One of the major personalities in the history of this typical fishing port in the Baie de Somme, which inspired her to write a few short stories about local life at the time, but also about the tendrils of the vine or a correspondence with her mother…

Our schedules may vary depending on our activity at the campsite, these will be displayed on site. Payment methods 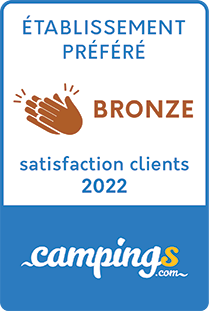